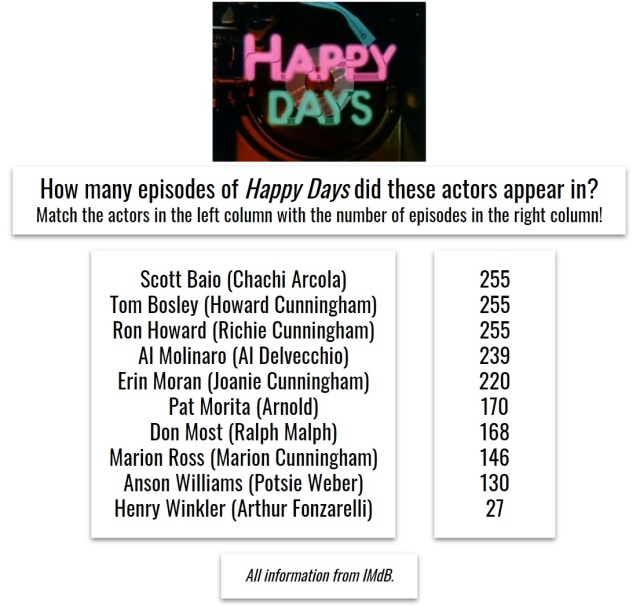 While researching a future TriBond trivia game, I stumbled across something I thought might be interesting enough to turn into a mini-game of its own… the number of episodes that actors on the television series Happy Days appeared in.

This is a simple game: Looking at the image above, match the actors in the left column with the number of episodes in the right column. So three actors were in all 255 episodes of Happy Days, one was in 239 episodes, one was in 220, etc. As noted, all information is from IMdB.

(If you’re reading this on the front page of my website, click through for the answers. Otherwise, scroll down.)

I was stunned by a few of those episode counts… Specifically, I would never have guessed that Ron Howard was not in 85 episodes of Happy Days or that Don Most was not in 87 episodes!